Home  /  Articles   /  New To The Korean Language? Tips On What You Should Be Aware Of

New To The Korean Language? Tips On What You Should Be Aware Of

Majority of Singaporeans are fluent English speakers yet some are seeking to expand their knowledge by learning a third or fourth language.

Thus, it is common to see people learn Korean in Singapore. But unlike English, the Korean language has many rules and complexities which new learners should be aware of.

Below are some of these rules and intricacies.

Korean culture is pretty much like most East Asian cultures. It takes age, position, and gender more seriously than Western cultures. This is reflected even in the language. As you get acquainted with the learning materials, you will notice that most Korean courses in Singapore use resources that focus on using the –요 ending which is politer and simpler.

However, the honorific system is not just about inserting a simple ending. It commands the tone, and verb base so significantly that you would change the verbs if let’s say, you went from talking about a football match to discussing about your mother.

Closely related to the honorific system is the use of titles. The Korean language recognizes positions. Titles are used more frequently than names or personal pronouns.

As you cover more course material in your Korean language class, you’ll realize that there are plenty of titles which are applicable. It’s not just about the workplace hierarchy or educational qualifications, there are age-related titles and many others. But, recognizing and referring to a person by their title is vital.

Therefore, in the introductory classes, a lot of Korean courses prefer to use 원장님 or English names when referring to people.

In Korean language, the singular and plural form of a noun isn’t always different. Nouns don’t always change to a plural form to indicate an increase in number such as from one ball to four balls. Instead, the context is what will indicate the singularity or plurality of the object.

Also, adjectives are expressed as verbs. Adjectives don’t just describe the object; they express it in an active state of being. For instance, ‘the boy is smart’ would translate to ‘the boy is being smart’. The water isn’t cold, it’s “being cold”.

Lastly, in the Korean language, the word order is not like English (subject—verb—object). Verbs always come last (subject—object—verb).

The Korean language has different systems for expressing large numbers and small numbers.  The first system which is in native Korean goes up to 99 and can be used for a variety of purposes. From counting objects to expressing your age and the hour. The other system incorporates numbers above 99. It has a Chinese origin and is often used to express measurements, dates, minutes, or counting money.

To conclude, it is essential for any beginner to grasp these aspects of the Korean language. They will enhance your understanding and help you express yourself better. 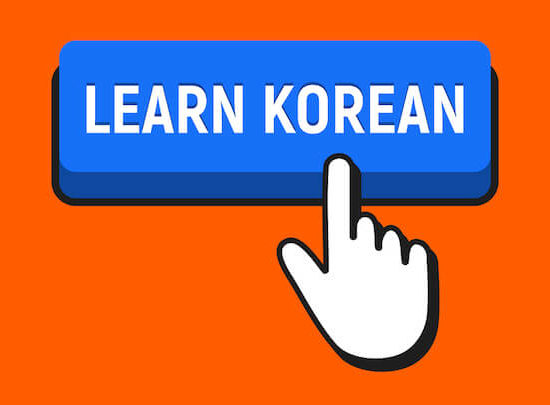 Learning Korean Language In A Group Vs One-To-One Classes